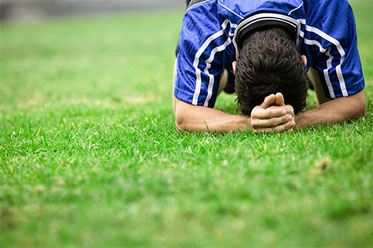 Changing Perception of Concussions in Sports

On March 2, 2013, a panel on injury analytics at the MIT Sloan Sports Analytics Conference brought together some of the world’s leading sports medicine doctors and specialists.

On the topic of concussions, the panelists emphasized how modern sports techniques for diagnosing concussions (such as counting fingers or determining whether a player lost consciousness) were inadequate given current understanding of concussions and brain injury.

The panel also confirmed that concussions can occur when there is no obvious head trauma involved. Stephania Bell, a physical therapist and board-certified orthopaedic clinical specialist, noted the difficulty with assessing damage to the brain because the brain “can look completely normal – no bruising and nothing else – and yet things aren’t firing right.”

The panel expressed optimism with the interest that the major sports leagues– NFL, NHL, NBA, MLB, and even NASCAR– were showing in bringing their concussion policies in line with modern science.