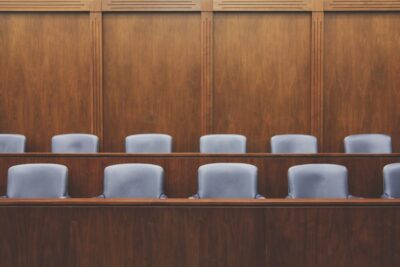 Civil juries can be a great service to our society in determining civil rights and liabilities, especially with respect to determinations of the standard of care.  Unfortunately, civil juries are often selected by ICBC in an attempt to reduce awards to persons suffering from chronic pain and other injuries that cannot be easily visualized.   The problem can be compounded by the fact that civil juries cannot be told about non-pecuniary damage awards made by judges to other persons suffering similar injuries as the plaintiff.

In the last decade, the Court of Appeal has been reluctant to interfere with non-pecuniary awards made by juries.  Renee Thomas’ case went to trial with a jury just over 5 years following a motor vehicle accident.  The jury made awards for loss of future earning capacity and cost of future care, but awarded non-pecuniary damages of only $15,000.

RHE Trial Lawyer Tony Leoni argued the Appeal from the Jury’s verdict.   The Court of Appeal agreed that in order to award those future pecuniary heads of damages, the members of the jury must have found that the appellant had sustained an injury to her right shoulder consequential to the collision.  In the context of an ongoing injury expected to continue into the future, the Court was satisfied that the award of $15,000 for non‑pecuniary damages was “plainly unreasonable and one that no jury reviewing the evidence as a whole and acting judicially could have reached.”

Although the Court states that instances in which awards are adjusted should be “rare”, it is hoped that this will usher in an era of decreased deference to jury awards, especially in situations where the awards are either internally inconsistent or unsupported by a common sense review of the evidence at trial.    The case can be found here.