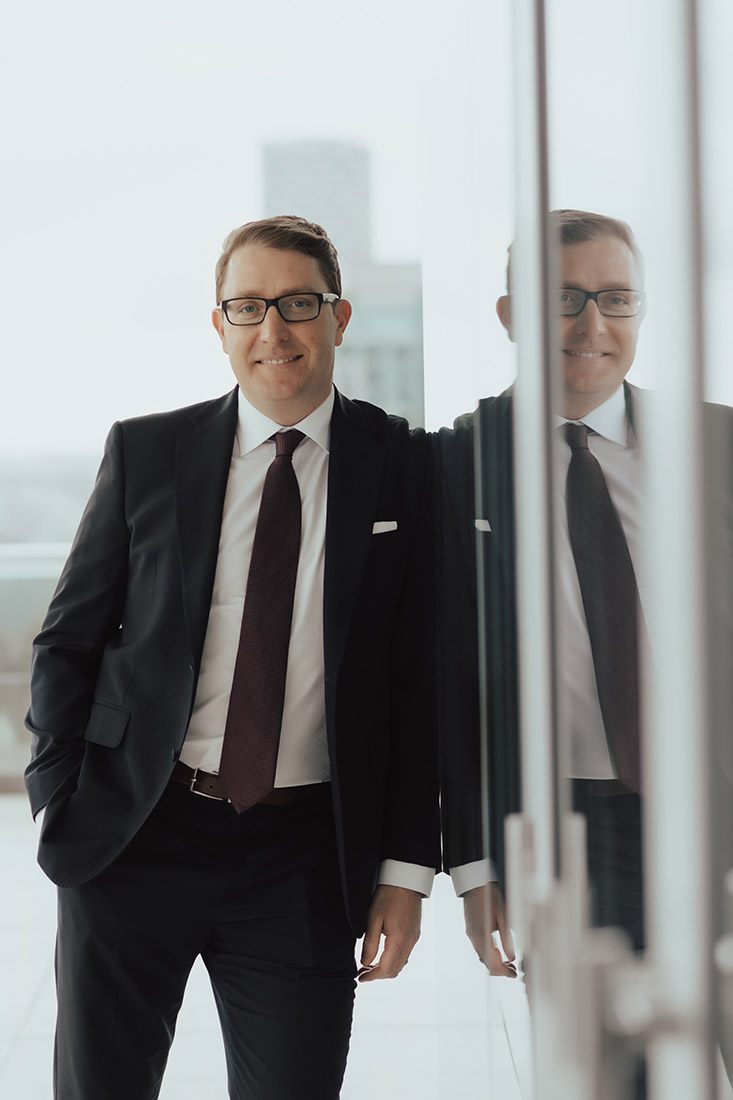 A fourth-generation lawyer born and raised in Vancouver, John has dedicated his career to fighting for the legal rights of individuals and their families against corporations, governments and insurance companies.  After starting his career practicing labor and employment law, in 2005 John shifted to exclusively practicing plaintiff’s personal injury litigation including motor vehicle negligence, commercial host and occupier’s liability claims, medical, dental and other professional malpractice, and wrongful death family compensation claims.  Since 2016 John’s practice has expanded to include wrongful denial of insurance coverage, mass torts and class action proceedings. Among other ongoing class claims, John is co-lead counsel in the proposed class action in the Saskatchewan Court of King’s bench arising out of the tragic Humboldt Broncos bus crash.

Advocacy is John’s greatest strength and privilege. He is dedicated to the craft of trial law.  Known for providing exceptional, ethical service, John quarterbacks a legal support team that helps clients and their families navigate through some of the most upsetting and stressful periods of their lives. There is no substitute for good health and peace of mind – and there is no limit to the time, effort and financial resources that John will devote to helping his clients heal as quickly as possible, obtain justice and move forward with their lives. A joy of John’s job is getting to know his clients and their families.

“I think what distinguishes our legal team is that we really, really care.  We are relentless. RHE squares-off against insurers, governments and corporations every day, and sometimes fairness must be forced on them in the courtroom. So that is what we do. I am impatient with being told something is impossible and I believe in the reciprocal power of hope between lawyer and client.  Most perceived impossibilities are actually just malnourished possibilities.  Feed a tough case a steady diet of determination, strategy, resilience, hard-work, humour and hope, and that which can’t be done can be done.”

In 2018 John was the recipient of the Trial Lawyers Association of BC’s Champion of Justice award.  John has been annually selected by his legal peers for inclusion in the publication The Best Lawyers in Canada in the field of personal injury litigation.  John is a frequent guest speaker and panelist at medical-legal education seminars on emergent legal issues and litigation and trial strategy. He was the 2020 President of the Trial Lawyers Association of a British Columbia. In 2021 John was appointed Queen’s Counsel by the Lieutenant-Governor in Council, on the recommendation of the Attorney General.  “QC”, now “KC” or King’s Counsel, is an honorific for lawyers to recognize exceptional merit and contribution to the legal profession. In 2022, John was elected a Fellow of the International Academy of Trial Lawyers (“IATL”).  Fellowship in the IATL is by invitation only after a rigorous vetting process which includes both peer and judicial review. The IATL seeks out Fellows who have achieved a career of excellence based on skill at trial, and demonstrated by their integrity and professionalism. IATL members are usually heavily engaged in pro bono efforts and work in the community.

John has been counsel in a number of precedent-setting cases, including: the largest punitive damages award ever ordered by a Canadian judge for reckless driving causing injury; a decision of the Chief Justice of BC to overturn mandatory limits on expert opinion as unconstitutional; the liability of a property owner for a latent electrical hazard which mutilated a tenant’s infant daughter; and the largest British Columbian special costs award ever ordered against an insured Defendant for conduct during litigation.  John has also been counsel in some of BC’s largest ever damage awards for head injury, soft tissue injuries and chronic pain, post-traumatic headaches, and emotional and psychological trauma.

Interests: Away from the office John spends time with friends and family. John and his wife Karley have two boys, Lewis (“Lewie”) and Maxwell (“Max”). Other favourite pursuits include reading, cooking, playing mediocre golf, watching rugby, and following politics and the Vancouver Canucks.